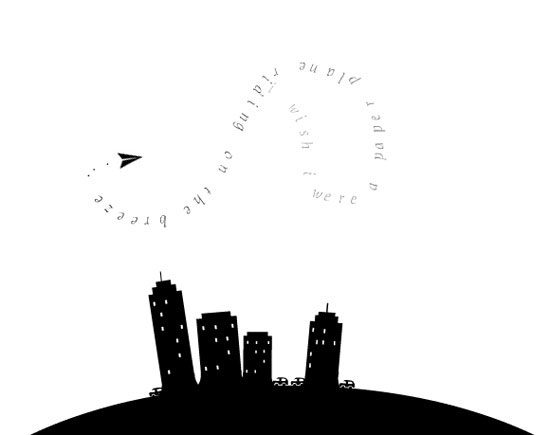 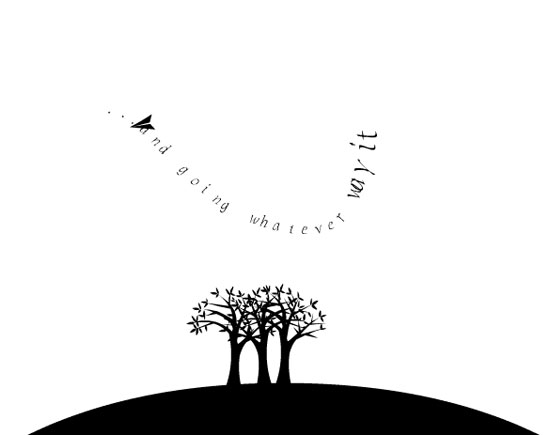 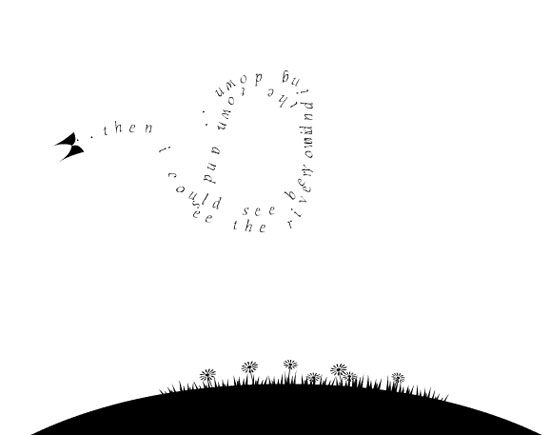 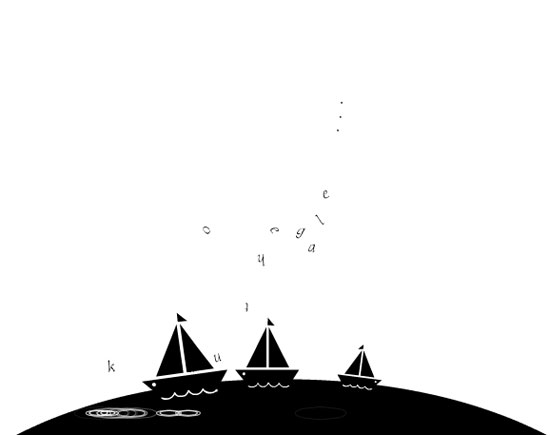 Skywriting is an interactive text-based work exploring the creative uses of code and interaction design as a means of illustrating and communicating of narrative poetic text. The work uses programming code to create an interactive environment which explores creative applications of computational code. The gesture and movement of users mouse movement is converted into paths and patterns which the text of the poem is allowed to follow. The narrative unfolds and the poem is revealed according to the involvement and engagement of the user: speed and direction of movement are all factors in the unfolding of the text.

Bornmagazine is an internationally recognized venue for digital designers/artists and writers marrying literary arts and interactive media. Original projects are brought to life every three months through creative collaboration between writers and artists. It is an internationally recognized online publication for experimental digital designers and artists, and past contributors feature submissions from a list of notable newmedia innovators and designers (e.g. Hillman Curtis, Joshua Davis, James Paterson, Antirom, Josh Ulm, Future Farmers and Eric Natzke).

Design Centre Opening
Back to Portfolio