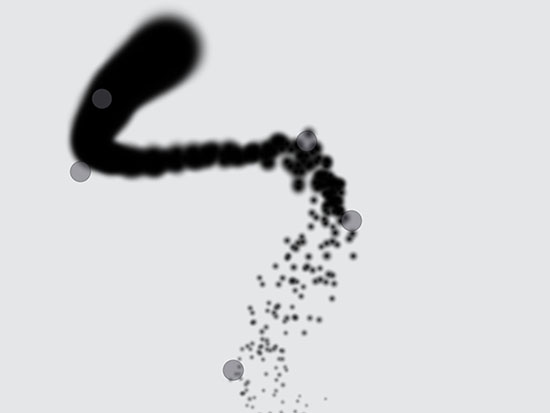 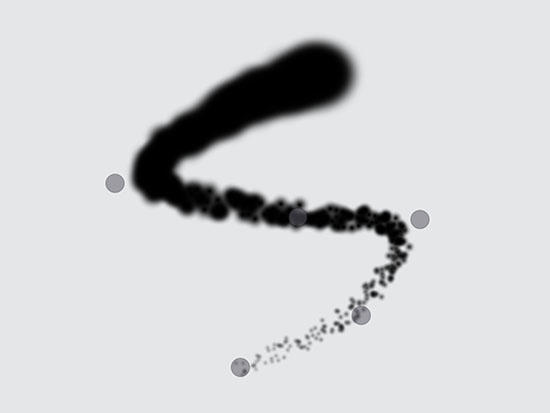 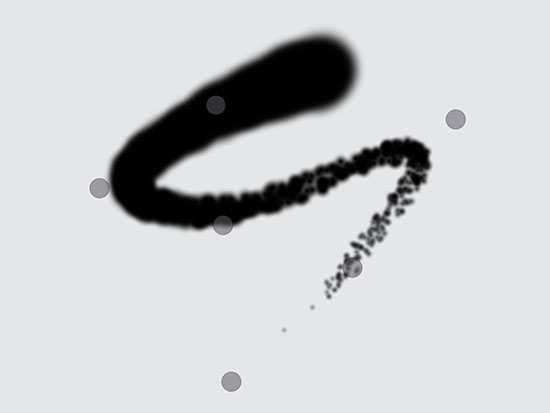 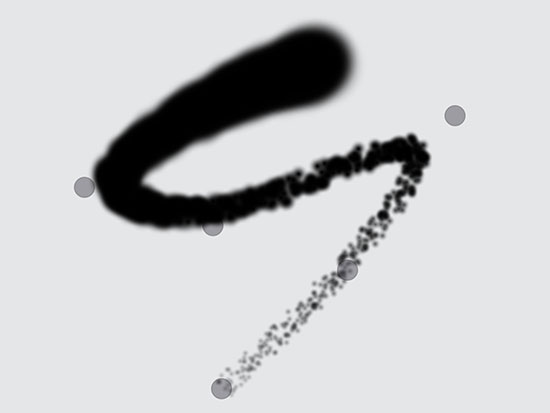 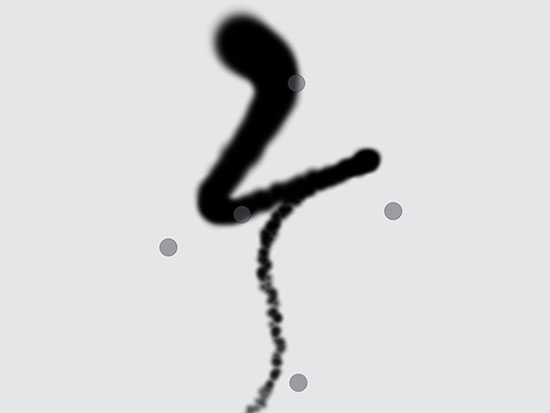 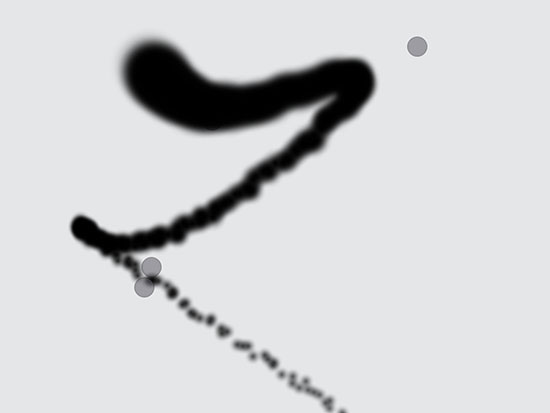 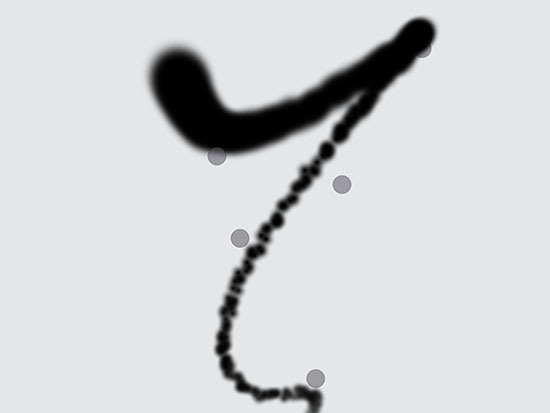 Explorations of dynamic calligraphy created using an interactive gaming environment (Unity3D) to generate a line which possess it’s own physical and gravitational force . Informed by the idea that the calligraphic marks can be seen as ‘frozen traces’ of time, place and environment, this work explores the creative application of digital game engines – commonly used to model organic environmental forces – to re-imagine the shapes as dynamically animated and interactive marks, responsive to environmental forces and user input.

The lines, marks and gestures of Basho’s calligraphy capture and distil the poetic essence of environment: unifying place and season into word, shape and form. This work attempts to re-imagine the organic, visual fluidity and liveliness of the calligraphic strokes and traces into a digital series of reactive and interactively responsive organic gestures and lines.

Static marks on the page are translated into digitally fluid shapes: moved, transformed and animated subject to computational environmental forces which reflect the seasonal and natural phenomena formimg a key part of the themes within traditional Haiku poetry.

The outcome represents an attempt to playfully visualise, reflect and re-imagine the inhertent visual fluidity and liveliness of Basho’s work as well as its connection with place and naturalistic environment in an dynamically responsive and playful way.

Birdsong Visualisations
Back to Portfolio
Running Data in 3D Form